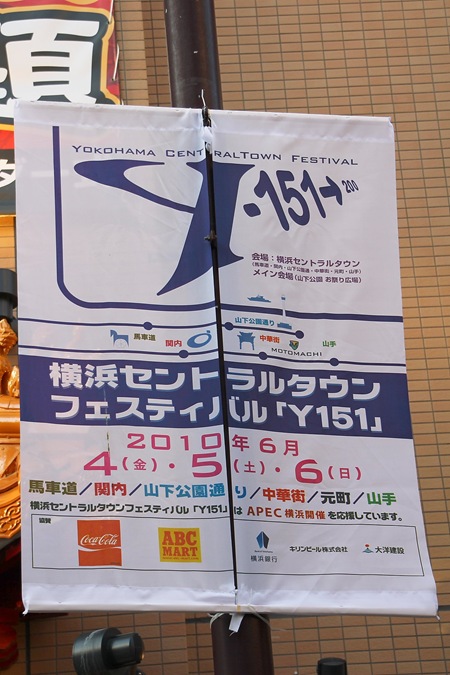 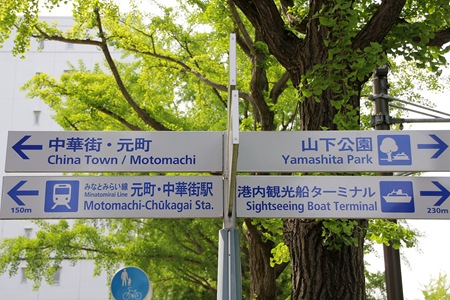 With a view Yokohama Bay, it was built on top of the rubble of the 1925 Great Kanto earthquake. 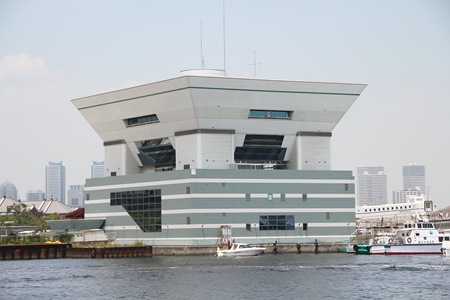 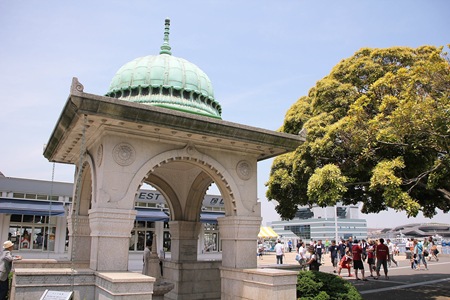 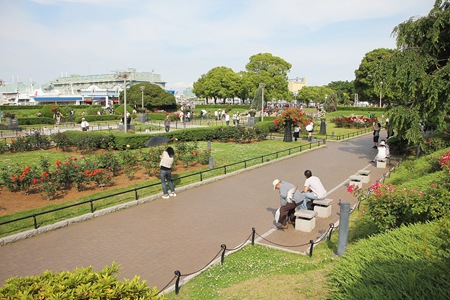 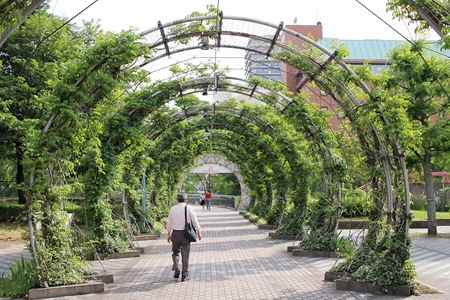 Docked on the harbor is the NYK Hikawamaru which has been open to the public since its renovation on April 25th, 2008. 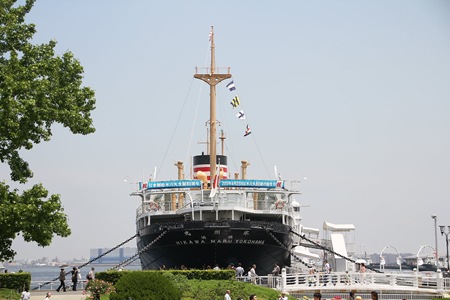 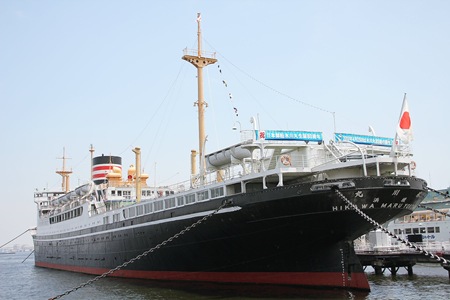 The nearby Marine Tower was reopened in May 2009 for 150th anniversary of opening of the port. 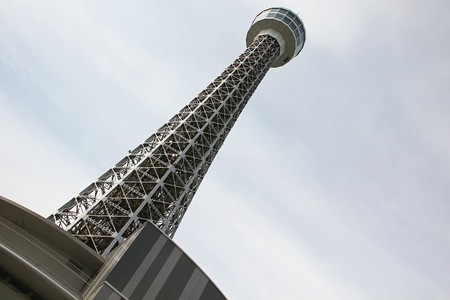 There are many monuments showing international cultural exchange such as "The Girl with Red Shoes Statue", "Indian Water Fountain", and "Water Guardian Statue", a gift donated by San Diego, USA. 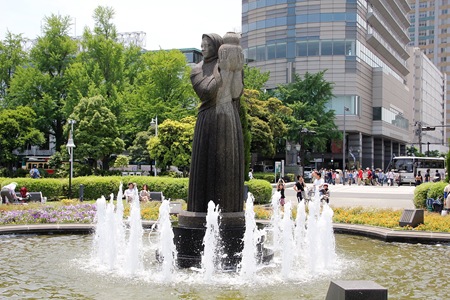 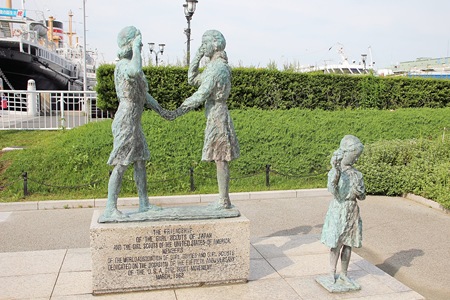 The Yokohama Central Town Festival offered many events including boat races and a cosplay contest. 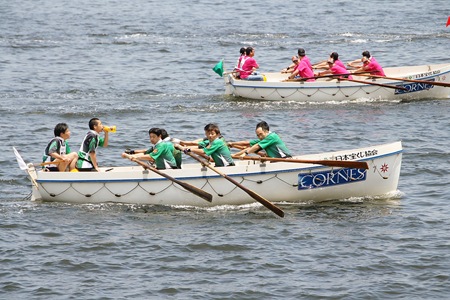 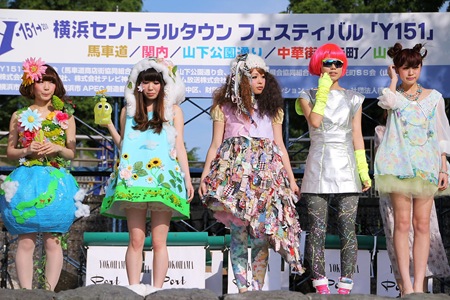 But the highlight of the festival was the Yosakoi style dances performed by several local groups in very colorful costumes. 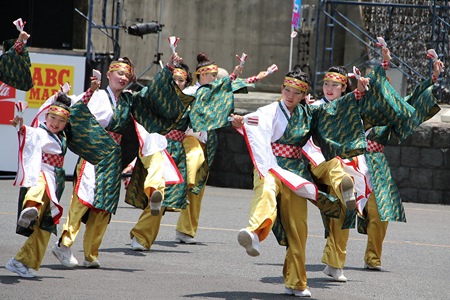 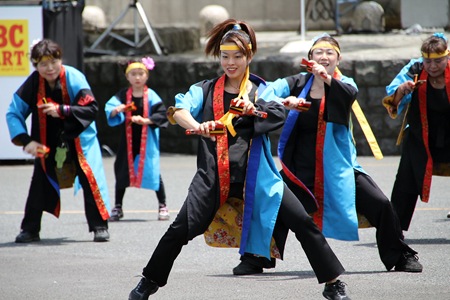 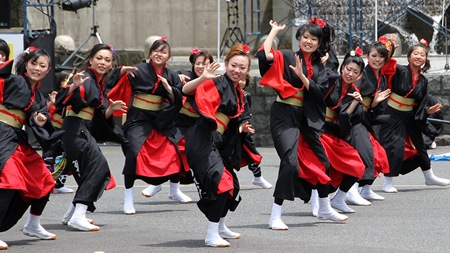 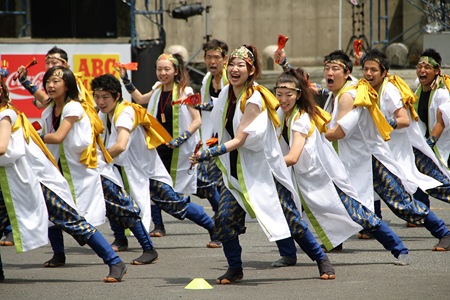 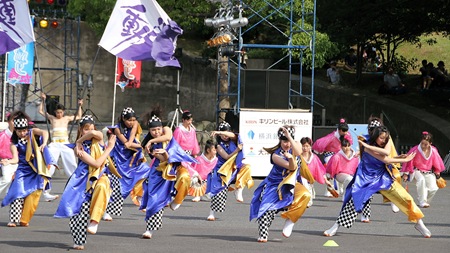 Flags bear the name of the group or team and provide a backdrop to the high energy of the dancing. 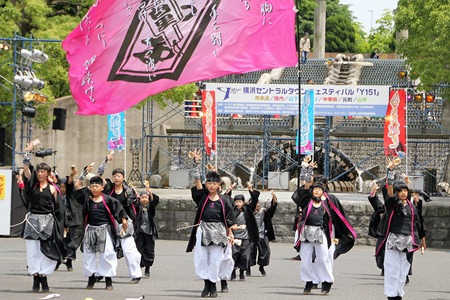 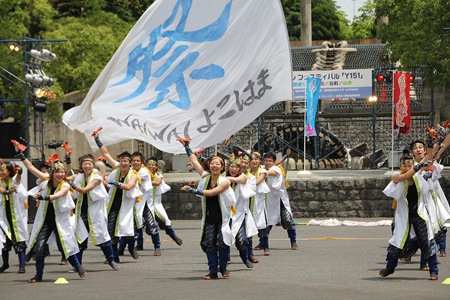 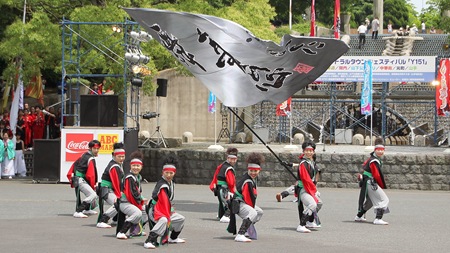 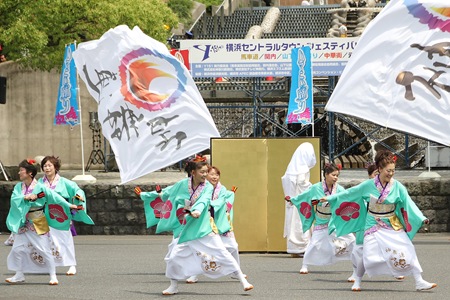 Fans were a popular prop. 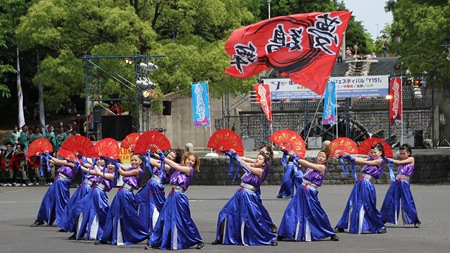 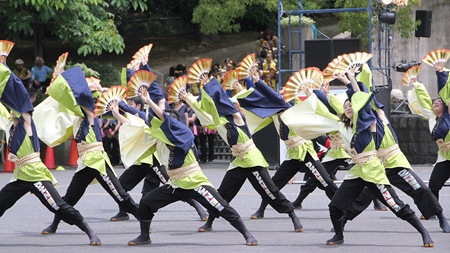 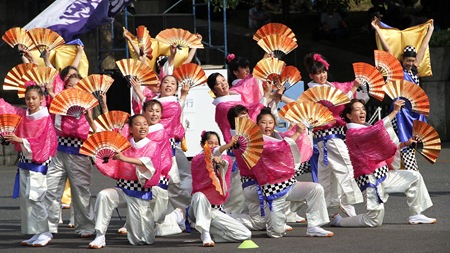