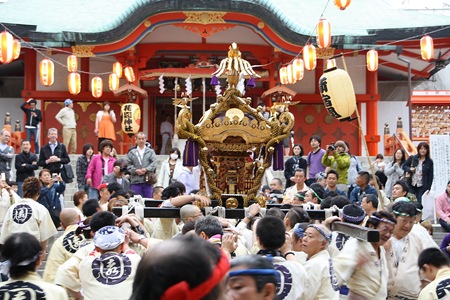 The Hanazono Shrine is a Shinto shrine located in the middle of Shinjuku, Tokyo. This shrine was founded in the mid-17th century.

There were a lot of stalls setup in the shrine selling food, drinks, snacks, etc. 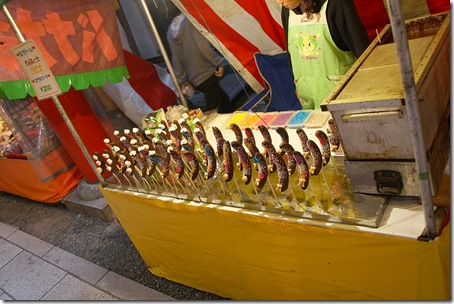 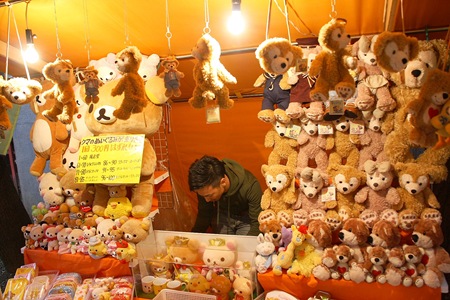 The mikoshi (portable shrine) was carried enthusiastically by townpeople though the busy streets of Shinkuju. 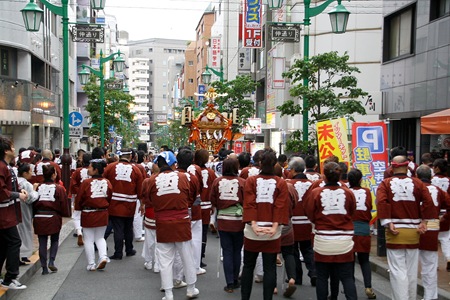 There were 4 mikoshi and each group wore different colored happi coats (brown, white, grey and yellow). 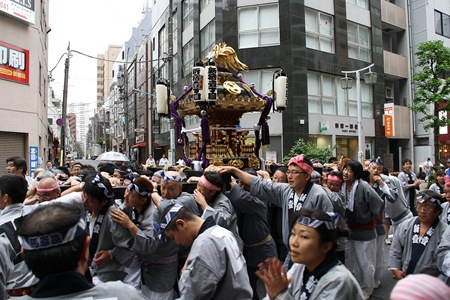 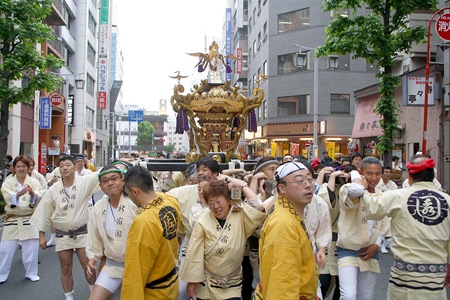 All 4 mikoshis came together at one of the intersections.

After a few words by the dignitaries and some cheering by all, the mikoshis were carried around the intersection area several times before each going its separate way again. 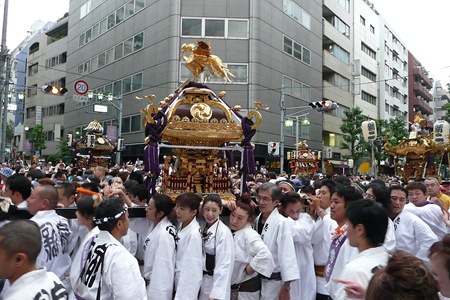 It was controlled chaos and was a lot of fun to watch. 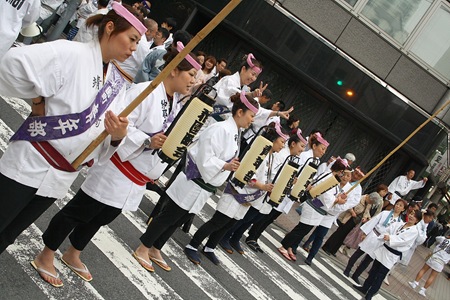