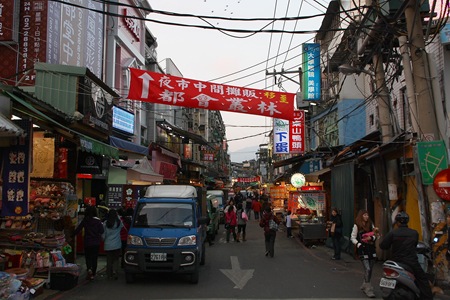 Like most night markets in Taiwan, the local businesses and vendors begin opening around 5 pm and continue operating well past midnight and close around 1 to 2 am. 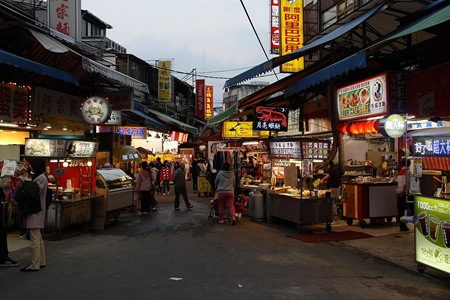 Along with many clothing and souvenir stores, you will find many food street vendors.

Longshan Temple is where countless generations of Taipei citizens have come to pray and seek guidance at times of trouble.

The temple is dedicated to Guanyin (the Goddess of Mercy) and is officially defined as Buddhist, but there is a great amount of folk religion mixed into the fabric of the beliefs here.

The area around Longshan Temple, Wanhua is one of the original districts of Taipei where you can also find a night market.

Ximending is located in the northeastern part of Wanhua District in Taipei City and it is also the most important consumer district in the Western District of Taipei. 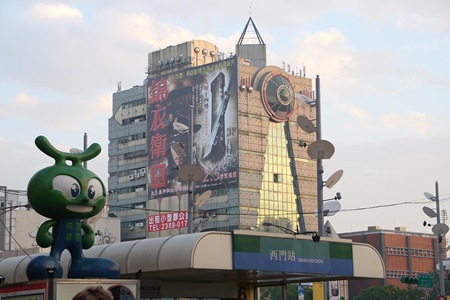 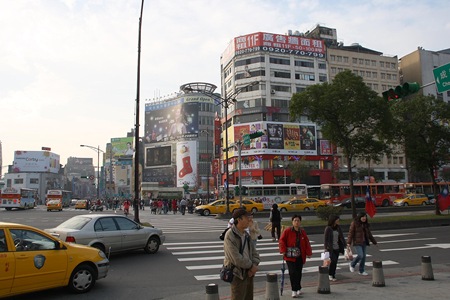 The well-known Ximending Pedestrian Area was the first pedestrian area built in Taipei and is the largest in Taiwan.

Ximending attracts an average of over 3 million shoppers per month.

It has been called the Harajuku of Taipei, as this trendy shopping district is a popular gathering place for young people. 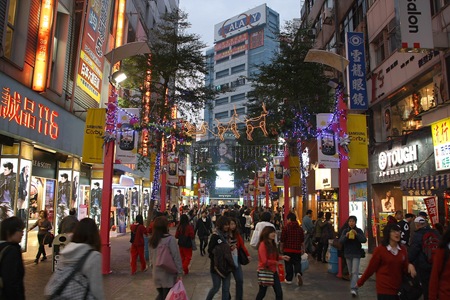 Taipei 101, also known as the Taipei Financial Center, is a landmark skyscraper located in Xinyi District.  The building became the world’s tallest skyscraper upon its completion in 2004 (it was overtaken in height on July 2007 by the Burj Dubai building) at a cost of US$1.8B.

Taipei 101 comprises 101 floors above ground and 5 floors underground. The name of the tower (pronounced “one oh one” in English) reflects its floor count and carries symbolic meanings alluding to technology and Asian tradition. 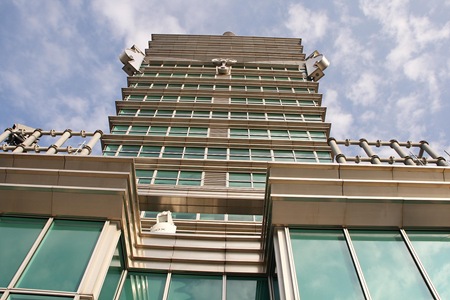 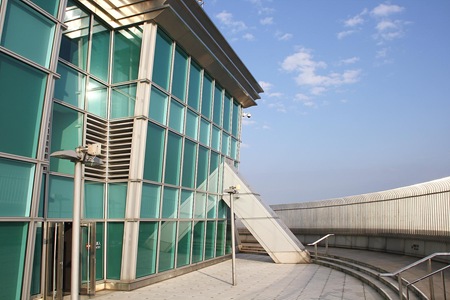 The tower is designed to withstand typhoons and earthquakes and features the world’s fastest elevator. 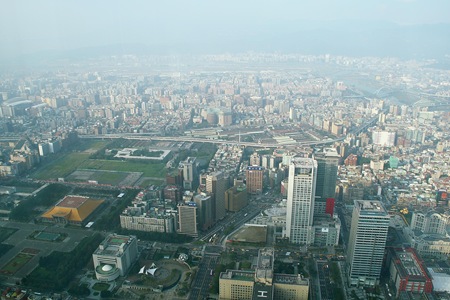 A 660 ton steel pendulum serves as a tuned mass damper, suspended from the 88th to the 92nd floors, it sways to offset movements in the building caused by strong gusts. 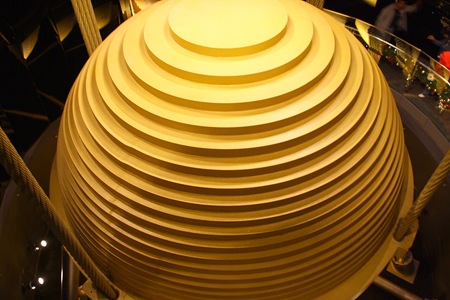 Around Taipei 101 was busy, with a number of shopping centers, stores, cinemas and commercial buildings. 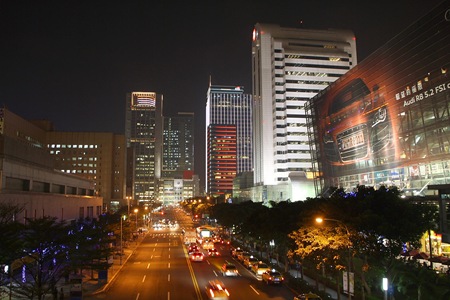 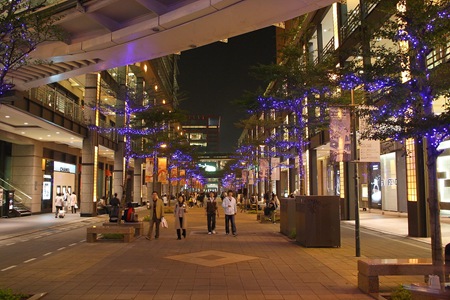 A shot of Taipei 101 at night (the building is really not that well lighted) and a Statue of Liberty in front of the New York New York store – what an odd combination! 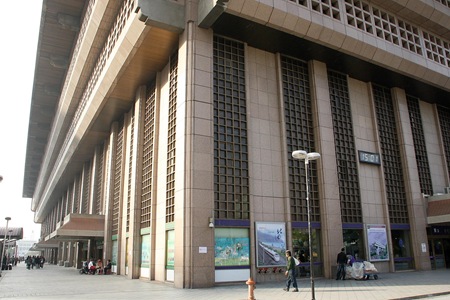 The Taipei Railway Station is at the center of this region. 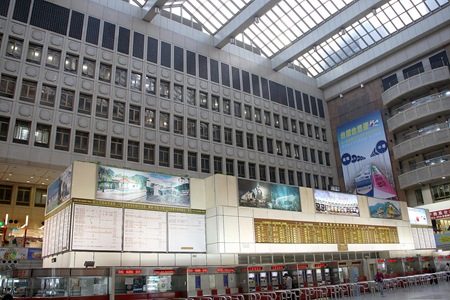 Because of its location at what is roughly considered the center of Taipei, the station is a popular meeting point for students and tourists.

The Taipei subway is called MRT and is relatively new and modern. It uses round plastic tokens (which can be reused) as tickets. 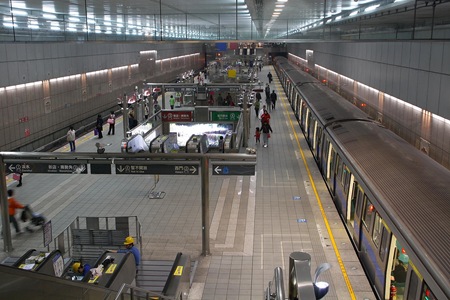