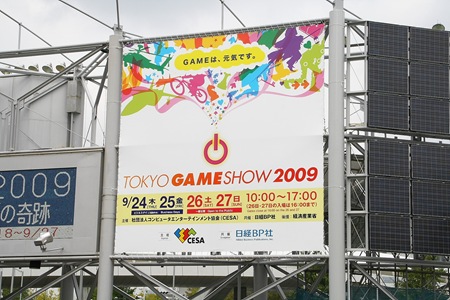 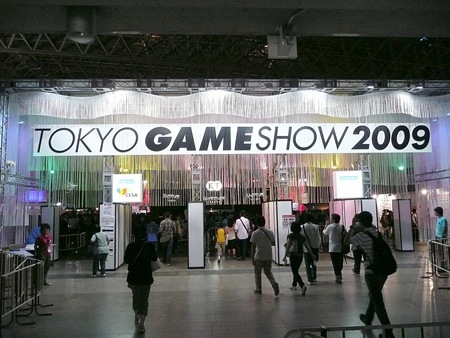 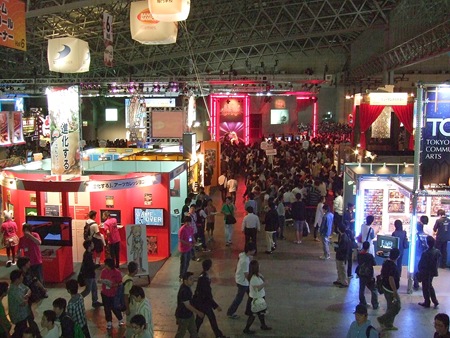 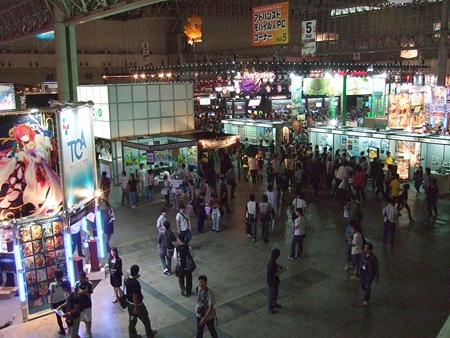 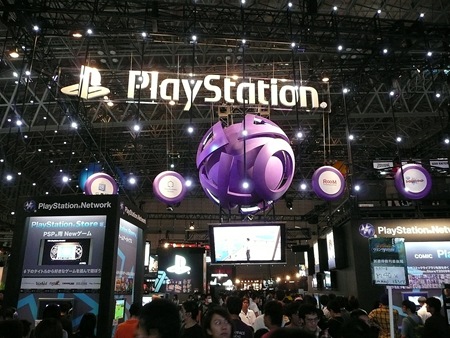 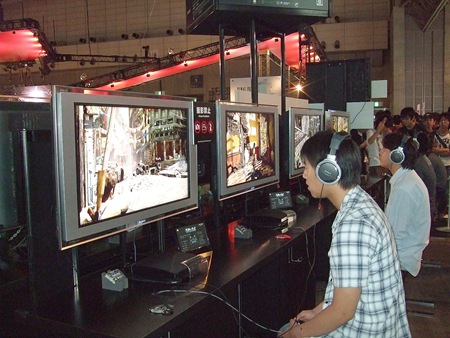 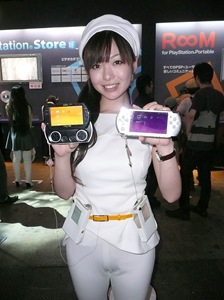 … and Microsoft (Xbox360), but Nintendo (Wii, Gamecube) was again absent. 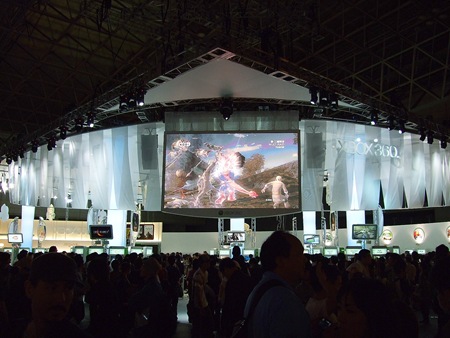 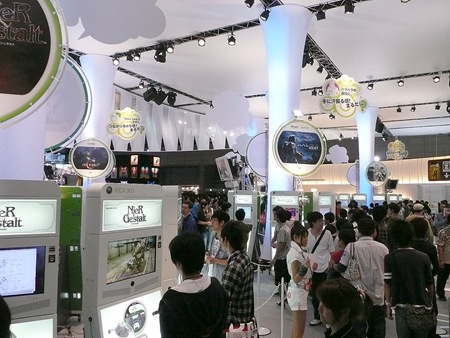 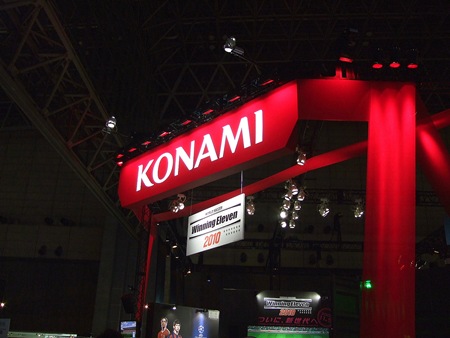 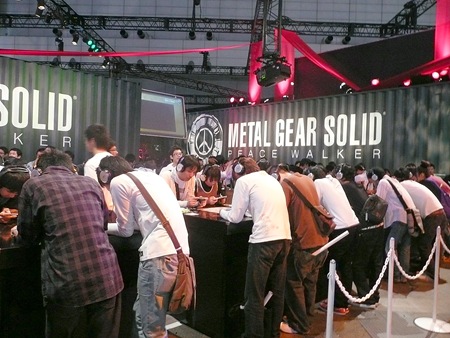 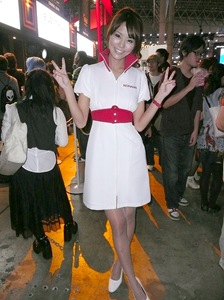 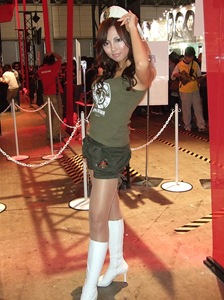 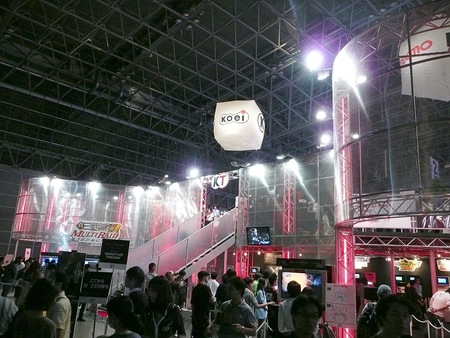 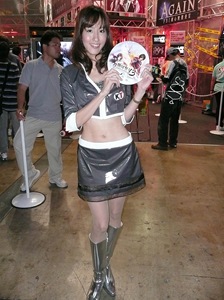 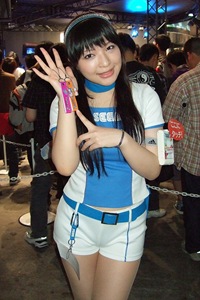 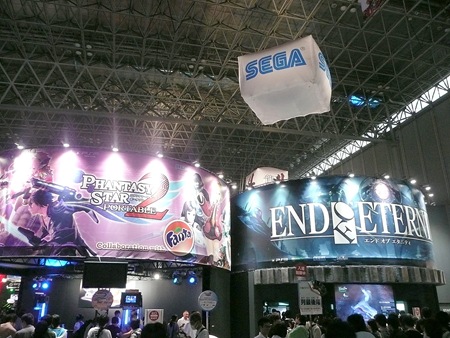 The head (oh no, what happened to the rest of its body?) of the full-scale 30th anniversary Gundam was also on display … 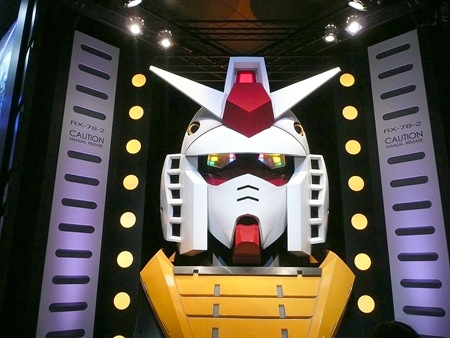 … as well as a car from the Gran Turismo 5 game and several cool samurai warrior battle outfits. 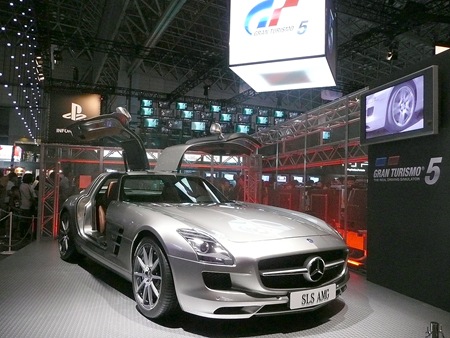 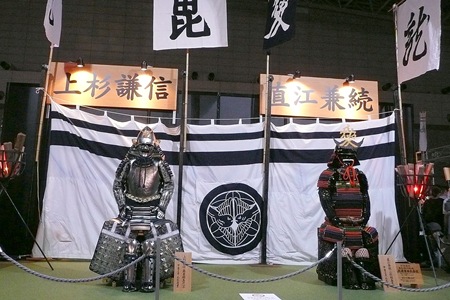 Just outside the Convention Center entrance, not sure which company or game, but took a picture anyway of the big guns! 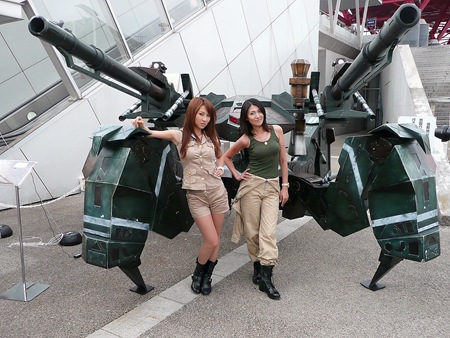 Finally, TGS 2009 coverage in a video from YouTube by NetworkWorld.TV.