Trip to Hong Kong and Macau

We spent our past Christmas holiday in Hong Kong and Macau.  The last time we visited Hong Kong was 20 years ago, and it has certainly changed – for the better.  Although it is still busy and crowded, we found it cleaner, more efficient and offered much better customer service (and tipping is now optional).

Hong Kong is located on China’s south coast, with only a 426 square mile land area consisting primarily of Hong Kong Island, Lantau Island, Kowloon and the New Territories as well as some 260 other islands.  With a population of over 7 million, it is ranked #3 in the world in population density by country, its neighbor Macau is ranked #1.  About 60 km west is Macau, the other Special Administrative Region of China.  Settled by Portuguese traders in the 16th century, it is both the first and the last European colony in China.

While we were there, weather was warm, between 20-25C, though several days were very cloudy (could have been smog?). 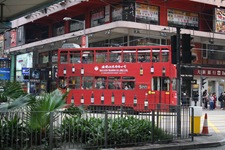 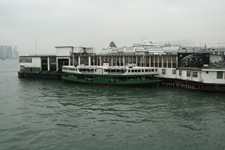 The Hong Kong subway was efficient and clean, albeit very crowded, while the speedy Jet Ferry took us to Macau in under an hour. 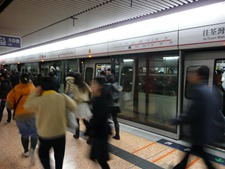 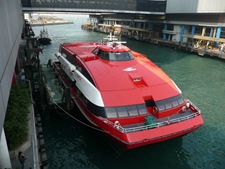 Finally, Ngong Ping cable car ride offered spectacular views of Lantau Island and the buddha, while the Peak Tram took us to Victoria Peak at a very steep angle.

Along with shopping, eating is the other popular activity while in Hong Kong.  And yes, we did partake in some (ok, a lot) delicious Chinese (mainly Cantonese) food.  The pictures below are only a small sample of some of the food we ate including a local village hot pot speciality (in a town called Kam Tin in the New Territories), pigeon (we also had roasted goose, not shown), a variety of meat on the stick with mustard (from a street vendor in Mong Kok, Kowloon) and fruit and bean desserts.

We only spent a couple of days in Macau and it was a contrast in style – from the ancient, historical ruins of St. Paul to the swanky and glitter of the modern casinos.

While in Hong Kong, we did manage to get some sight-seeing including the Hong Kong Convention Center and a view of the Hong Kong Island skyline, both pictured with the Hong Kong flag in the foreground … 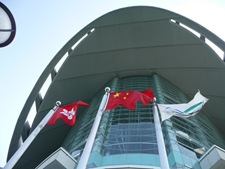 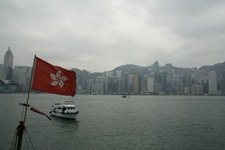 …. to the city night lights from the Victoria Peak and the Tsim Sha Tsui nightly light show (sorry, the pictures are a bit blurry because the dumb photographer didn’t use a tripod). 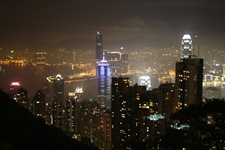 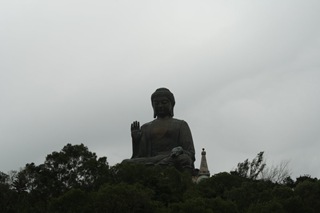 Christmas in Hong Kong and Macau

We celebrated Christmas while we were in Hong Kong.  Below are some of pictures of Christmas lights in Macau (first two pictures), a shopping mall in Mong Kok, Kowloon and a street in Causeway Bay, Hong Kong Island.

Lots more pictures can be found on my Facebook.  Well, I hope it is not another 20 years before we return to Hong Kong and Macau.

6 thoughts on “Trip to Hong Kong and Macau”