One of the most interesting places in Tokyo is Harajuku (原宿), which refers to the area around Tokyo’s Harajuku subway station, one station north of Shibuya on the JR Yamanote Line. It is the center of Japan’s most extreme teenage cultures and fashion styles, but also offers shopping for grown-ups and some historic sights.

The focal point of Harajuku’s teenage culture is Takeshita Dori (Takeshita Street) and its side streets, which are lined by many trendy shops, fashion boutiques, used clothes stores, crepe stands and fast food outlets geared towards the fashion and trend conscious teens.  Large crowds on the weekends are typical as picture below (right). 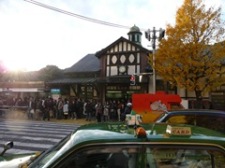 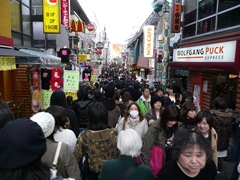 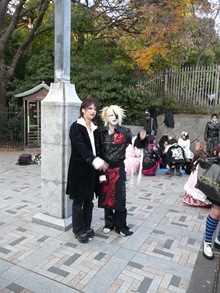 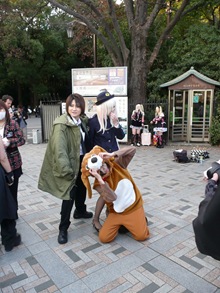 Nearby is the Meiji Jingu Shrine (明治神宮) was built in commemoration of Emperor Meiji in 1920, is Tokyo’s grandest shrine. Like all of Japan’s major shrines, it’s large in scale but simple in structure, entered via a winding path and through a giant torii gate. 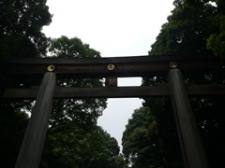 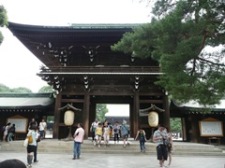 Also nearby is Yoyogi Park (代々木公園), one of the largest parks in Tokyo, featuring wide lawns, ponds and forested areas – a great place for jogging, picnicking and other outdoor activities.  The park is a popular hangout, also especially on Sundays, when it is used as a gathering place for people to play music, practice martial arts, etc.   One of the more popular groups is the rockability group of dancing Elvises as shown in the video below. 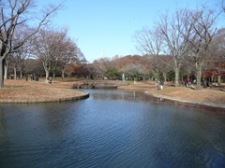 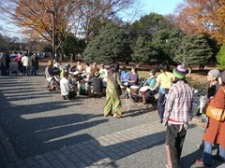 Speaking of rock, a rock event with many local street rock bands were playing in the area last fall as part of the Tsuyoshi Nagabuchi Arena Tour to be held in the National Yoyogi Stadium, which was built for the 1964 Tokyo Olympics. 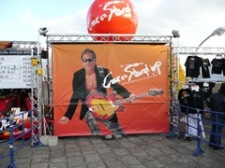 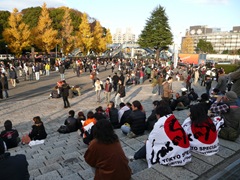 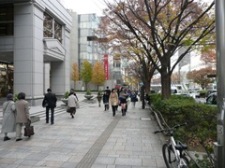 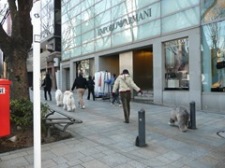 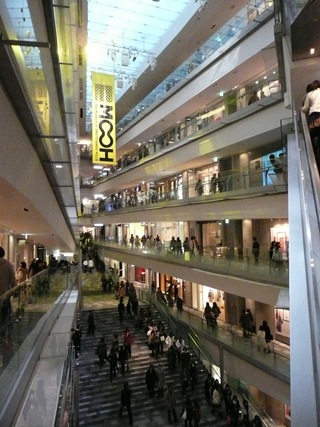